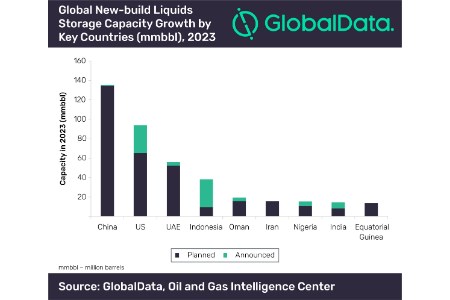 The company’s report, ‘H2 2019 Global Capacity and Capital Expenditure Outlook for Liquids Storage – China Underpins Global Liquids Storage Capacity Growth’, reveals that China is expected to add liquids storage capacity of 135 million bbl by 2023. Most of the new-build capacity in the country will come from planned terminals.

The UAE stands third with new-build liquids storage capacity of 55.9 million bbl in 2023. Around 94% of its new-build capacity will come online from planned projects.

Read the article online at: https://www.tanksterminals.com/storage-tanks/25072019/china-to-lead-growth-in-global-liquids-storage-capacity-by-2023/