A joint venture consisting of BAM International, the operating company of Royal BAM Group active outside Europe, and ICONSA, a marine construction company active in Panama, has been awarded the contract to design and construct an LNG import jetty and an intake/outfall structure for the Costa Norte LNG Terminal in Panama. South-Korea’s POSCO E&C is the main contractor to deliver the Costa Norte LNG Terminal for AES Corporation, based in the US, one of the world’s leading power companies. 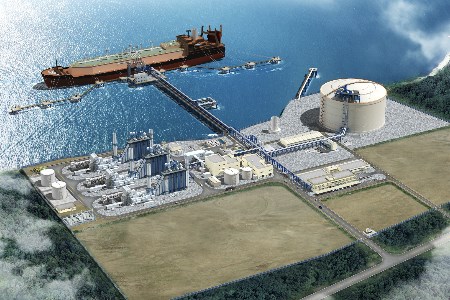 The BAM ICONSA joint venture’s scope comprises the marine facilities, consisting of the LNG jetty with a 216 m long trestle, a 50 m x 35 m platform, four breasting dolphins, six mooring dolphins as well as the intake and outfall structure. Sister company BAM Infraconsult/DMC is involved in the design of the new jetty.

The Costa Norte LNG Terminal, the first LNG facility to be built in Panama, is located near the Caribbean entrance of the Panama Canal, Colon, Panama. The import jetty is designed to receive LNG vessels in the range of 30 000 - 180 000 m3.

The BAM ICONSA joint venture considers close cooperation with local suppliers and involvement of local workers as a key factor to successfully deliver this project.

Read the article online at: https://www.tanksterminals.com/storage-tanks/14112016/bam-and-iconsa-to-construct-jetty-for-costa-norte-lng-terminal/

USD Partners has announced that it has entered into a five-year Terminal Services Agreement with a major ethanol producer at its West Colton, California, US terminal.