The regasification plant in Dunkirk, France, a turnkey project carried out by TS LNG, a consortium comprising Techint Engineering & Construction and SENER engineering and technology group, received its first LNG carrier on 8 July, thus initiating the installation’s commissioning phase. Its commercial operations are slated to begin in mid-September.

In 2011, TS LNG and Dunkerque LNG (a subsidiary of EDF) signed a turnkey contract to build the processing plant for the terminal. Since then, Techint E&C and SENER have worked together to build and launch a high efficiency, high performance plant. During its four and a half years of construction, the terminal achieved excellent health and safety ratios. In order to complete the construction work, TS LNG coordinated with the consortia in charge of the LNG tanks and the tunnel that will collect the seawater to be used in the vapourisation process. 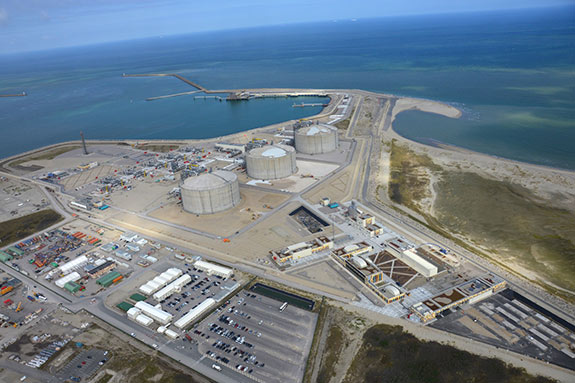 Pablo Videla, Managing Director of Techint E&C EMEA Region, commented: “We are very satisfied to have completed such an important and strategic project for the entire gas market in Europe. It represents the consolidation of Techint’s leadership in the regasification terminals: Dunkirk, Gate in the Netherland, Polskie LNG in Poland, and Costa Azul in Mexico. Our aim from day one was to make Dunkirk terminal a point of reference in the sector thanks to the use of state of the art technical solutions to ensure plant safety and to protect the environment. We have also won the most important challenge, that of guaranteeing very high safety standards for all the personnel working onsite.”

The Director of SENER’s Power, Oil & Gas Strategic Business Unit, Borja Zárraga, said: “We are proud of our contribution in Dunkirk, one of the safest, most efficient and most reliable terminals in the world. Its entry into commercial operations will be a milestone to add to SENER’s successful portfolio of turnkey engineering and construction projects for LNG regasification and storage terminals, a sector in which the company began working in 2003. As of today, we have developed eight such plants with turnkey contracts, most notably the BBG in Spain and the Gate terminal in the Netherlands, all of which include a major deployment of technology and homegrown solutions.”

The Dunkirk regasification plant is equipped with three 190 000 m3 storage tanks and it has an average natural gas production capacity of 13 billion m3/y, with a maximum flow volume of 1.9 million m3/hr. It has a berthing dock, unloading arms and pipes, storage tanks, regasification and gas emission systems, a boil-off gas (BOG) recovery system, a flare stack, a seawater pump system for vapourisation, auxiliary systems, and a complex with the buildings (offices, control and safety facilities, workshops, etc.) needed for operations.

Within the TS LNG consortium, Techint E&C and SENER have worked in close cooperation to develop all of the basic and detailed engineering, procurement all of the equipment, and perform the construction for the civil engineering, buildings, berthing dock, loading pipes and regasification processing plant. 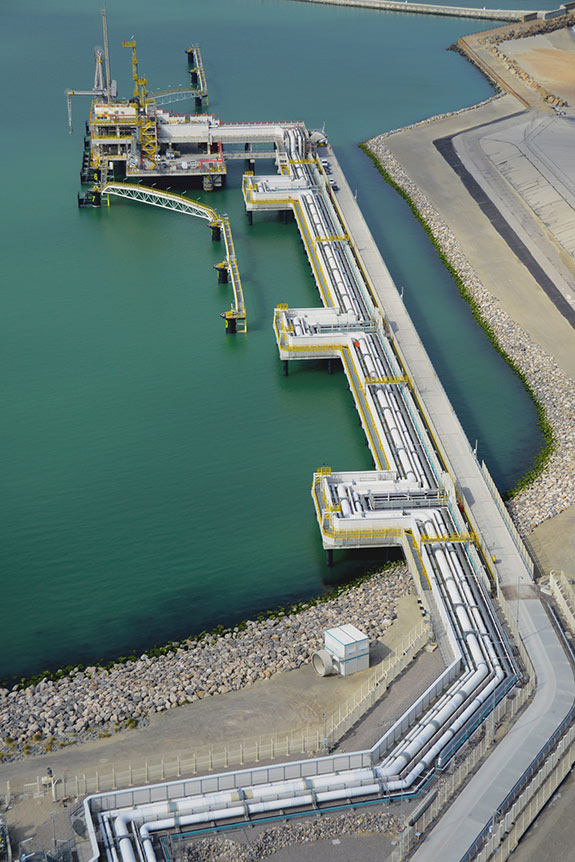 The most demanding challenges TS LNG took on for this project included quality and safety criteria that were far beyond European requirements. Thus, TS LNG paid special attention to four primary aspects: safety, the environment, availability, and operational versatility.

Read the article online at: https://www.tanksterminals.com/storage-tanks/11072016/dunkirk-regasification-plant-receives-first-lng-carrier-3672/