Geoscientists from the University of Edinburgh have received funding from the Engineering and Physical Science Research Council (EPSRC) for a £1.4 million research project to investigate the storage of hydrogen in the subsurface. 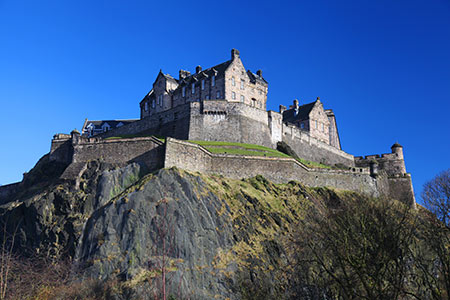 The project, HyStorPor (Hydrogen Storage in Porous Media), is designed to increase understanding of the whole hydrogen storage system, from fundamental physical and chemical processes to social acceptability.

The large-scale generation and storage of hydrogen, generated from excess renewable energy or steam reformation of methane with carbon capture and storage (CCS), could replace methane for domestic heating, thereby reducing carbon emissions from one of the UK’s largest sources.

Hydrogen storage also offers the potential to balance the interseasonal mismatch between energy demand and supply – providing a means of energy storage – and is likely to play a substantial role in the UK’s energy transition.

This week, Aberdeen hosts its first Hydrogen Festival, an event aimed at helping companies, including the oil and gas sector, explore new business opportunities with hydrogen.

The HyStorPor project outputs and ongoing dialogue will be coordinated by Scottish Carbon Capture & Storage (SCCS) at a new multidisciplinary information hub on hydrogen usage and storage, based at the University of Edinburgh.

The research team, led by Stuart Haszeldine, Professor of Carbon Capture and Storage at the University of Edinburgh, includes scientists from the University and Robert Gordon University in Aberdeen, with further support from world-leading researchers at Heriot-Watt University in Edinburgh and Imperial College London.

Over the next three years, the team will use state-of-the-art experimental facilities in Edinburgh to investigate how hydrogen reacts and moves in the subsurface, apply digital software to establish how to efficiently inject and subsequently recover hydrogen, and engage with the wider public to ensure that hydrogen storage develops in a way that is both technically feasible and socially acceptable.

The project is supported by an international advisory board, chaired by Dr Nigel Holmes of the Scottish Hydrogen Fuel Cell Association, with representatives from SGN, Equinor, the Environment Agency, Pale Blue Dot, Quintessa, Hydrenor, the European Marine Energy Centre and CGG.

Professor Haszeldine said, “On the pathway to cleaner air and in the fight against climate change, it is very likely that the UK will change heating in homes and industry from high-carbon methane gas to zero-carbon hydrogen and ammonia. Storing hydrogen made in the summer for use in the winter is a very important part of that change. HyStorPor is the UK’s first project to investigate the basic science we need to make that storage work effectively.”

Dr Niklas Heinemann, Research Associate at the University of Edinburgh, said, “This is a great opportunity for us to investigate one of the most promising options to both increase energy security and decarbonise the energy sector. HyStorPor will utilise a combination of state-of-the-art laboratory experiments and modern digital modelling software to investigate workflows for secure and efficient hydrogen storage – for the benefit of the environment and society.”

Dr Katriona Edlmann, Chancellor’s Fellow in Energy at the University of Edinburgh, said, “Hydrogen is a really exciting opportunity for the UK, putting us at the forefront of the low-carbon energy revolution. It means we can heat our homes without greenhouse gas emissions, helping us take a world-leading role in tackling climate change. Researchers and industry in the UK are leading the way in producing, storing, transporting and using hydrogen for a low-carbon economy.”

Jon Clipsham, Hydrogen Manager, European Marine Energy Centre, commented, “The potential roles for hydrogen in the energy system of the future are still being worked out, however, many scenarios indicate that we will need significant volumes of hydrogen. Renewable energy will enable us to produce the volumes, and this project will help us understand how we can potentially balance supply and demand using another natural resource.”

Angus Mcintosh, Director of Energy Futures, SGN, said, “Although largely invisible to the UK energy consumer, natural gas plays a critical role in energy storage and security of supply for the UK’s energy system. Hydrogen is an exciting energy vector with excellent storage potential that could provide similar levels of secure storage to what we enjoy now, with the same anonymity, as we move to a net zero carbon solution. This fundamental research project is therefore exploring a key strategic area for secure energy provision.”

Laurent Schirrer, Hydrenor managing director, commented, “We are delighted to join the HyStorPor project and strengthen our links with the University of Edinburgh. As the market grows for hydrogen as a clean energy vector, storage in large volumes, such as in former gas fields or other porous formations, will become necessary. This project pioneers a solution for storing our energy in the future."

Read the article online at: https://www.tanksterminals.com/storage-tanks/02102019/edinburgh-scientists-receive-funding-for-pioneering-study-into-hydrogen-storage-for-decarbonising-uks-energy-sector/