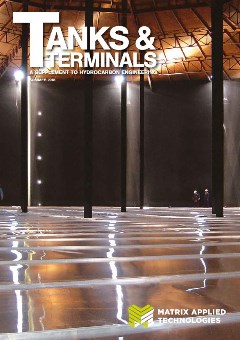 If you were one of the many millions who tuned in to watch the Royal wedding of Prince Harry and Meghan Markle, you may be forgiven for thinking that the UK regularly bathes in beautiful spring sunshine. Thankfully for the happy couple – and the thousands of well-wishers who lined the streets of Windsor to catch a glimpse of the new Duke and Duchess of Sussex – the weather was just about as perfect as it ever gets in the UK in mid-May.

In the week leading up to the wedding, the British media became preoccupied with one of its favourite pastimes: predicting the weather. National newspapers analysed Met Office statistics for the last 86 years to predict a 23% chance of rain in the south-east of England on the big day, while warning that there had been heavy downpours on 19 May back in 2015 and more rainfall in 2016. You see, the only predictable thing about the British weather is its unpredictability.

But us Brits are not the only weather watchers. In the last couple of months, experts have been releasing their predictions for the upcoming Atlantic storm season, with interest understandably high after the devastating impact of Hurricanes Harvey and Irma in 2017. At the start of April, Colorado State University (CSU) hurricane researchers predicted a slightly above-average Atlantic hurricane season this year, citing the relatively low likelihood of a significant El Niño as a primary factor.1 The CSU Tropical Meteorology Project team is predicting 14 named storms during the season, of which seven are forecast to become hurricanes and three are expected to become major hurricane strength. At the time of writing, the team is predicting that 2018 hurricane activity will be approximately 135% of the average season (by comparison, last year’s hurricane activity stood at about 245%). A forecast update was due to be released at the end of May.

Meanwhile, Dominick Chirichella, DTN Risk Management and Advisory Services Director, is predicting an average hurricane season, entailing between six to eight storms.2 However, Chirichella warns that this does not necessarily mean the oil market will continue at status quo, as it only takes one of these storms to disrupt the economy. He notes that even a less severe storm could result in surging prices and economic disruption, as US oil inventories are below the five-year average: “Inventory will be under close watch this hurricane season, as unplanned shut-downs could force a halt in production, leading to price spikes.” Chirichella also believes that any disruption would have implications worldwide, as the US has become a global player in the market: “This means that a single storm in the US can affect the global market in a very different way than it did previously. Impacts could include unexpected lack of inventory, delayed exports, or price spikes that deter domestic purchases and encourage an increase in exports.”

While it can be difficult to accurately predict what mother nature has in store for us, here’s hoping that she is much kinder during this year’s storm season.