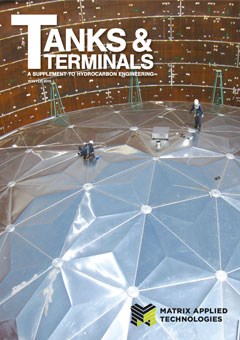 It is fair to say that the UK government has quite a lot on its plate at the moment. As I write this, the UK’s Brexit Secretary, Dominic Raab, has just handed in his resignation letter to Prime Minister Theresa May, saying that he cannot “in good conscience” support the UK’s draft EU withdrawal agreement, which Parliament is set to vote on imminently. With all the attention on the Brexit process, it is sometimes easy to forget that the UK government has a number of other pressing issues to tackle.

One such issue was recently highlighted by Wood Mackenzie, who warns that the government needs to support the building of new gas storage projects in the country or face the consequences of growing price volatility and the risk of supply shortages. In a recent report, the consultancy states that while many European countries have adequate gas storage to meet exceptionally high periods of demand and supply outages, the UK is rather exposed, particularly as a result of the closure of Centrica’s Rough storage facility last year.1 Wood Mackenzie notes that the UK is left with just 1.5 billion m3 of storage capacity to support a market of 78 billion m3.

While a number of projects are at an advanced stage of development, Graham Freedman, Wood Mackenzie’s Principal Analyst for Gas and LNG, believes that currently forecasted price spreads are insufficient for investors to take final investment decisions in the next few years. He said: “For new projects to go ahead it will require UK government intervention, in the form of either financial and/or regulatory support.”

In a recent interview with the Financial Times, Marco Alverà, the Chief Executive of Snam, Italy’s largest gas distribution company, echoed Wood Mackenzie’s concerns. Mr Alverà claimed that the UK’s decision to operate its network with minimal storage capacity risks creating shortages and price spikes across the whole of Europe.2

The Oxford Institute for Energy Studies (OIES) has also championed the importance of developing gas storage across Europe. In a world where gas is becoming more important than oil, the OIES believes that the EU should re-think its storage use before closing around 10% of its gas storage capacity.3 For instance, the European gas industry could look to profit from China’s lack of storage capacity: “Traders could continue to grow LNG transshipments and re-loadings while profiting from those price arbitrages while using even more European underground storage. If LNG is reloaded away from EU tanks to higher priced markets, EU storage will be called more to balance the domestic supply-demand balance. Using more reloads should [...] increase European security of supply and trade (im)balance.”

The OIES also believes that the EU should move away from an oil stock obligation to an energy storage obligation, which would allow all fuels to come up with the cheapest solution for the EU and energy community’s required energy storage buffer.

Diversification of storage mitigates risk at a time when extreme weather patterns are on the rise. And such an approach will allow the most expensive EU-wide storage options to be closed down, while the cheapest and/or most innovative solutions thrive.