Thousands of chemicals, petroleum products, and corrosive elements like salt water brine are transported by tanker truck, railcar and distributors, as well as processed in chemical tanks at facilities and refineries, every day. 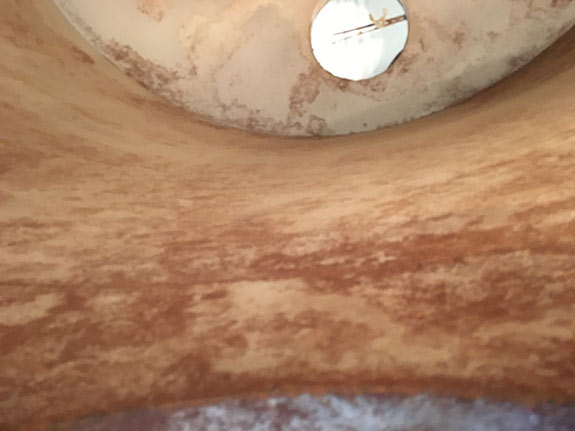 In these venues, carbon steel corrosion can require early tank replacement and maintenance, as well as pose a safety risk in terms of potential leaks, spills, and even fire and explosion, so effective corrosion protection is a must.

“We clean just about any tank hauling product or waste on the road or rail,” said Joe Svehlak, Facility Manager at DFW Tank Cleaning, a Dallas-Fort Worth, Texas-based full service tank cleaning facility that specialises in chemical cleaning. “Protecting against corrosion is vital in such tanks, as it is in our facility flush tanks.” 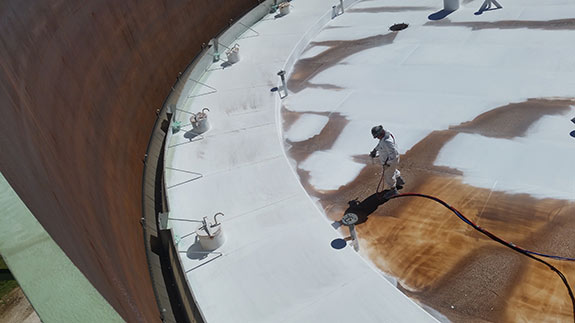 According to Svehlak, effective corrosion resistance is essential in the flush tanks because they hold the wastewater from the first flushes of tanks that the company cleans, which can include residual chemicals, until it is treated. This amounts to thousands of different residual chemicals held in the flush tanks annually – from petroleum products and salt-water brine to fluoride, caustic soda, and a variety of acids.

Against such tank corrosion challenges, traditional polymer paints and rubber type coatings have long been used as physical barriers to keep corrosion promoters such as water and oxygen away from steel substrates. This works until the paint is scratched, chipped, or breached and corrosion promoters enter the gap between the substrate and coating. 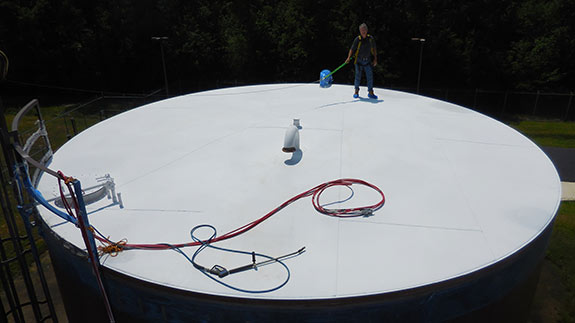 However, truck or rail tankers hauling waste, including sand and sediment, can be particularly prone to scratches, chips, or breaches. Then the coating can act like a greenhouse – trapping water, oxygen and other corrosion promoters – which allows the corrosion to spread. While stainless steel can be used for tanks to resist corrosion, it can be up to six times more costly than carbon steel, as well as challenging to weld, fabricate, and maintain.

Now a new generation of anti-corrosion coating, called Chemically Bonded Phosphate Ceramics, is poised to stop such corrosion, improve safety, and extend tank life in the transportation industry and beyond while minimising maintenance and downtime.

“Our corrosion protection for our 10 000 gal. flush tanks has to be particularly rugged because we mix the wastewater so it does not stratify, and sand, rocks, and even metal shavings can be present from the waste trailers we service,” said Svehlak. “The corrosion protection also has to withstand the high-temperature, high pressure water we often work with.”

To control corrosion, the tank cleaning facility chose to have Ennis, Texas-based DC Metal Construction, a privately owned company specialising in steel construction and industrial plant building projects, coat the inside of two flush tanks. The flush tanks were coated with a spray applied inorganic coating called EonCoat® from the Raleigh, NC-based company of the same name. EonCoat represents a new category of tough, Chemically Bonded Phosphate Ceramics (CBPCs) that can stop corrosion.

In contrast to traditional polymer coatings that sit on top of the substrate, the corrosion resistant coating bonds through a chemical reaction with the substrate, and slight surface oxidation actually improves the reaction. An alloy layer is formed. This makes it impossible for corrosion promoters like oxygen and humidity to get behind the coating the way they can with ordinary paints. The corrosion barrier is covered by a ceramic shell that resists corrosion, fire, water, abrasion, chemicals, and temperatures up to 400°F.

Although traditional polymer coatings mechanically bond to substrates that have been extensively prepared, if gouged, moisture and oxygen will migrate under the coating’s film from all sides of the gouge.

By contrast, the same damage to the ceramic-coated substrate will not spread corrosion because the carbon steel’s surface is turned into an alloy of stable oxides. Once the steel’s surface is stable (the way noble metals like gold and silver are stable) it will no longer react with the environment and corrode.

Visible in scanning electron microscope photography, EonCoat does not leave a gap between the steel and the coating because the bond is chemical rather than mechanical. Since there is no gap, even if moisture was to get through to the steel due to a gouge, there is nowhere for the moisture to travel. The only spot that can corrode is the scribe line itself, which eliminates the possibility of the corrosion migrating.

“Unlike traditional methods, the corrosion resistant coatings for mild steel have a double layer of protection,” said Bobby Hobbs, a DC Metal Construction job foreman. “The tough, outside ceramic coating will not chip like paint and takes sandblasting to remove. The chemically bonded layer stops corrosion and will not allow corrosion promoters to spread.”

“EonCoat has stood up really well to everything from chemicals and salty brine to abrasion, high-pressure water and heat,” added Svehlak. “I believe it will double the life of our tanks while significantly lowering maintenance costs and downtime.”

According to Svehlak, the coating’s rugged anti-corrosion properties could also benefit a wide range of transportation-related businesses. 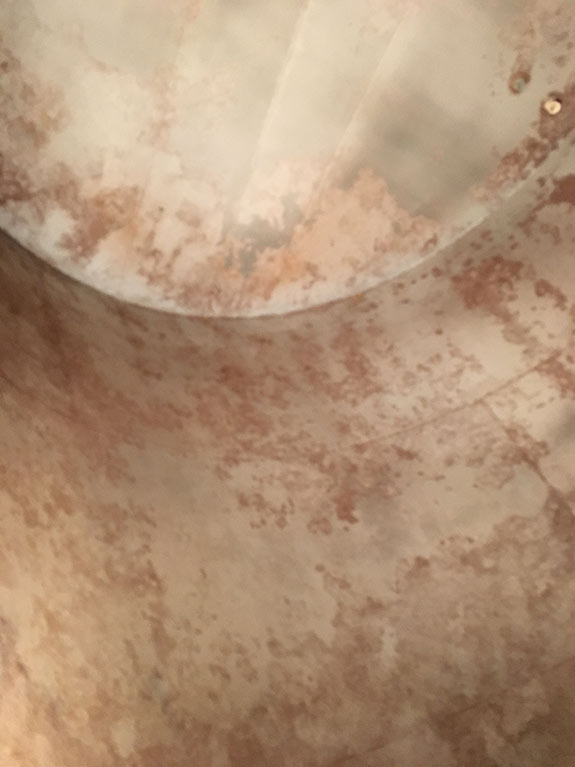 “Tanker truck and rail operations can benefit from the anti-corrosion coating’s reliability,” said Svehlak. “Its abrasion resistance would be a big plus to wastewater haulers or super sucker truck operators with vacuum tanks that may encounter metal chips, glass shards, etc. when cleaning out sumps. It would also resist tank corrosion when transporting petroleum products or even used restaurant waste such as oil, fat, or grease.”

For transportation companies looking to reduce costs, there are additional advantages to CBPC coatings beyond corrosion resistance. This includes quick return to service that minimises equipment downtime, as well as no VOCs or HAPs, and a flame spread rating of zero which improves safety.

For corrosion protection projects using typical polymer paints such as polyurethanes or epoxies, the cure time may be days or weeks before the next coat of traditional ‘three part systems’ can be applied, depending on the product. The cure time is necessary to allow each coat to achieve its full properties, even though it may feel dry to the touch.

In contrast, a corrosion resistant coating for carbon steel utilising the ceramic coating in a single coat requires almost no curing time. Return to service can be achieved in as little as one hour. This kind of speed in getting a tank, tanker truck, or railcar operating again can save significantly in reduced downtime.

“After appropriate tank preparation, we found that if we spray EonCoat in the morning the tank can be returned to service the same day because it applies in one coat and dries quickly,” said Hobbs.

EonCoat consists of two, non-hazardous components that do not interact until applied by a plural spray system like those commonly used to apply polyurethane foam or polyurea coatings. Since the coating is inorganic, there are no VOCs, no HAPs and no odour. This means that the coating can be applied safely, even in confined spaces.

“Since the corrosion resistant coating has no VOCs, HAPs or odour we were able to spray during work hours, so work next to the tanks could continue while we coated them,” concludes Hobbs. “For any tank, facility, or transportation-related operation with corrosion issues, it is well worth considering.”

Read the article online at: https://www.tanksterminals.com/storage-tanks/27062016/stopping-tank-corrosion-in-the-transportation-sector-3590/