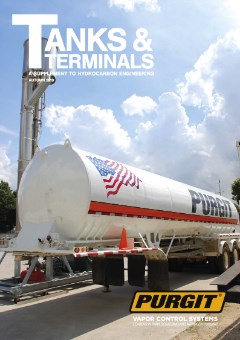 This month I finally found some time to watch the hit HBO drama ‘Chernobyl’, based on the aftermath of the nuclear disaster which took place in April 1986 near the city of Pripyat in the north of the Ukrainian Soviet Socialist Republic. I must confess that I knew relatively little about the specifics of the disaster, and even less about the brave men and women who acted heroically to mitigate the damage caused by the accident. It was quite the eye opener and a tough watch, to say the least.

While accidents in our industry may not carry the same potentially catastrophic long-term consequences as those in the nuclear power sector, the Chernobyl case study certainly serves as a reminder of the responsibility that the energy sector has to its local communities (and beyond).

I happened to be in Texas earlier this year when the fire at the Deer Park terminal broke out, and it was unsettling to see the plume of smoke billowing from the terminal from many miles away. Although there were no injuries at the tank farm, the fire burned over four days and the incident resulted in school closures, shelter-in-place orders, a rise in benzene levels, ship channel closures, and inevitable damage to the petrochemical sector’s reputation.

As with any incident of this kind, it is essential that lessons are learned in order to try and prevent similar accidents in the future. This issue of Tanks & Terminals includes an interesting article from Swiss Fire Protection Research & Development AG (p. 28), which questions how the protection of petrochemical tanks should be altered in light of the incident at the Deer Park terminal. The article also examines an explosion at the Buncefield Oil Depot in the UK back in 2005, which resulted in approximately 40 injuries and an inferno that lasted nearly five days.

Also in this issue, Burns & McDonnell (p. 25) reflects on the great Boston molasses tank disaster back in January 1919, and how the incident illustrates the importance of considering design metal temperature when designing steel tanks.

We are also entering that time of the year when attention turns to the weather, and the Atlantic hurricane season in particular. Starting on p. 16 of this issue, DTN outlines how accurate weather forecasts – tailored to the specific challenges faced by each terminal, based on factors such as geographical location and design limits – can help to ensure safe and efficient operations.

The American Fuel & Petrochemical Manufacturers (AFPM) has also recently published an interesting blog on its website, answering some common questions about how the sector prepares for, and responds to, hurricanes and other weather events. You can find the story on the new LinkedIn Showcase page for Hydrocarbon Engineering magazine: www.linkedin.com/showcase/hydrocarbonengineeringmagazine.