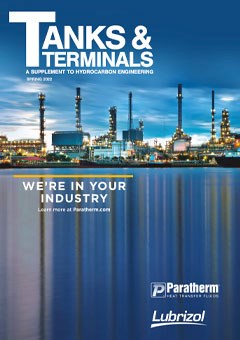 The burgeoning hydrogen sector has been hitting the headlines in recent times, as companies and countries increasingly view it as a major enabler to net zero greenhouse gas emission targets. As such, it is unsurprising that attention is turning to where all of this hydrogen will be stored.

In what would be a potential world first, the Government of Western Australia Department of Mines, Industry Regulation and Safety recently commissioned RISC to conduct a scoping study into the potential of storing hydrogen in depleted oil and gas fields in Western Australia.1 RISC also carried out a literature review of other examples of underground hydrogen storage, including aquifers, salt caverns, underground mine sites and tunnels.

After screening 23 onshore depleted oil and gas fields in the region, RISC identified seven fields as ‘strong’ candidates for hydrogen storage projects. In order of ranking, the top seven fields were Xyris, Yardarino, Beharra Springs, Red Back, Tarantula, Tubridgi, and Mondarra. Interestingly, all of these are gas fields, with oil fields downgraded due to added complexity and issues of storing hydrogen. RISC also notes that, technically, the Mondarra and Tubridgi fields are ‘very strong’ hydrogen storage candidates. However, their rankings have been downgraded due to existing natural gas storage projects in place in these fields, which impact their short-term availability. The Dongara field was also downgraded to ‘moderate’ hydrogen storage potential, despite it being the largest field evaluated (with approximately 458 billion ft3 of gas produced), as such large hydrogen storage volumes are not forecast in the short to medium-term. RISC estimates pure hydrogen storage demand to be between 1 and 10 billion ft3.

Despite these positive findings, RISC warns that the global subsurface hydrogen storage industry is at an “embryonic stage”, and there are no depleted oil and gas fields, aquifers, underground mine sites or tunnels currently used to store pure hydrogen. Hydrogen in porous media presents several challenges and remains “largely unproven”. The report explains that hydrogen is more chemically reactive than gas, which may affect the reservoir lithology, flow behaviour and seal capacity. It also acts as an energy source for subsurface microbial processes, which can turn the hydrogen into hydrogen sulfide or react with carbon dioxide to form methane.

Location is another issue. The largest renewable energy sites being considered in Western Australia – the Western Green Energy Hub (WGEH) and the Asian Renewable Hub (AREH) – are located over 1000 km away from suitable depleted fields.

The report claims that salt caverns are the most robust means of storing hydrogen and have been proven to work. However, once again, location remains a problem. The Canning Basin, which contains the thickest known salt deposits in Australia, is approximately 200 km away from the AREH project, while no salt deposits have been mapped adjacent to WGEH.

As such, RISC recommends that surface storage options are also considered as they may provide more effective solutions for renewable hydrogen storage in the region.

We are likely to see increased interest and research into hydrogen storage in the coming months and years as the world transitions to a net zero future. If you’re interested in keeping abreast of the latest developments in the sector, I’d recommend that you sign up for a free subscription to Global Hydrogen Review – a new magazine from Palladian Publications, coming soon, that is dedicated to the entire spectrum of hydrogen production and storage: www.globalhydrogenreview.com/magazine.