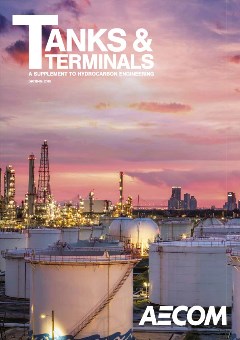 While figure skaters, ski jumpers, bobsledders, skiers, snowboarders and ice hockey players battled it out for medals throughout February during the Winter Olympics in Pyeongchang, South Korea, there was an equally intriguing competition taking place at the Welli Hilli ski resort, an hour outside of the Korean county.

However, this tournament didn’t involve any human competitors (at least, not directly). Eight robotic teams from universities, institutions and a private company took place in the world’s first ‘Ski Robot Challenge’, which saw self-operational humanoid robots slalom down a 70 m slope in an attempt to win a US$10 000 prize.

The ski-bots, which used camera sensors to detect blue and red flagpoles as they raced downhill, had to meet strict entry criteria. All of the robots had to have an independent power system, be more than 50 cm tall, stand on two legs with joints resembling elbows and knees, and, of course, use skis and poles. Most of the teams even fitted their robots out in full ski attire, presumably to help preserve their modesty.

The South Korean government organised the event to promote South Korea’s robotic technology during the Winter Olympics. One of the organisers, Kim Dong-uk, told Reuters: “I think in the future robots will have their own Winter Games on the sidelines of the Olympics held by humans.”1 While this suggestion may seem fanciful, it is difficult to doubt that the technology for such a showpiece event may be ready in time for the Beijing Games in 2022, such is the pace of progression within the robotics sector.

This progress is being clearly seen in the energy sector, with robots, drones and artificial intelligence playing an increasingly important role in everyday activities at tank farms and terminals. Towards the end of last year, Phillips 66 made the headlines with its plans to advance into the unmanned robotics inspection market. In collaboration with Boston-based Square Robot Inc., the company is jointly developing an autonomous robot to inspect petroleum product storage tank floors while the product remains in the tank. The robot, which is expected to enter service in mid-2018, is being developed to automatically survey and map obstacles within a tank, while it remains in static service. The data gathered will enable an inspector to produce a floor thickness map to accurately predict a tank floor’s remaining life, enabling tanks to be maintained with minimal disruption before they fail and release vapours.

The topics of preventative maintenance, automation, safety and emission control feature heavily throughout this issue of Tanks & Terminals. If you have an innovative new technology that you’d like to present to the global oil and gas storage market, we’d love to hear from you. Please get in touch via the contact details to the left of this page.

1. 'Robots take to the slopes on sidelines of Winter Games', Reuters, https://www.reuters.com/article/us-olympics-2018-alps-robots/robots-take-to-the-slopes-on-sidelines-of-winter-games-idUSKBN1FW1FX