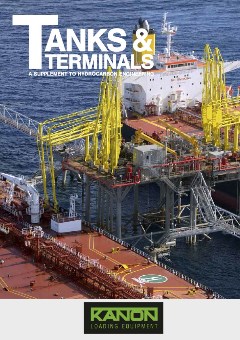 There have been some encouraging signs at the start of this year that the oil price is beginning its long overdue recovery. OPEC members appear to be coming good on their promise to cut production throughout the first six months of 2017. The International Energy Agency (IEA) has reported a record initial compliance rate of 90%, with OPEC production estimated at 32.1 million bpd in January 2017. This has had a positive knock-on effect for the oil price, with Brent crude hovering around the US$55/bbl mark (at the time of writing).

This is good news for the oil and gas storage industry, which has been feeling the impact of recent uncertainty surrounding the price of oil. A new survey of 171 decision makers in the bulk liquid storage sector revealed that 46% of respondents believe that the oil price is a crucial issue that impacts the success of the industry, affecting both investment and cash flow.1 In Africa, one in five of the survey participants suggested that fluctuating oil prices had the greatest impact on job security, while its consequences for environmental advances were the main concern for more than one in five respondents in the Middle East.

The survey also revealed that cost reduction is the number one goal for operators going forward. Nearly half of all respondents (49%) listed cost cutting as their top priority for 2017, followed by increasing efficiency (44%) and boosting profitability (35%).

Tanks & Terminals magazine aims to provide a broad range of in-depth technical articles and case studies to help the global oil, gas and petrochemicals storage sector achieve its goals in the months and years ahead. Whether your priority is reducing costs, increasing efficiency, boosting profitability, adhering to environmental standards, or improving safety, we have a range of articles that are certain to prove valuable. This issue of Tanks & Terminals – the first of four that we will be publishing this year – covers a range of topics including emergency response, level gauging, vapour recovery, alternative storage solutions and measurement, control and instrumentation. Gordon Cope also provides a detailed analysis of the North American storage sector, starting on p. 12.

If you have a story to tell or a topic that you would like to see covered in one of our upcoming issues, please get in touch. And if you’re picking up this magazine from StocExpo Europe or one of the other leading events that we are proudly partnering in 2017, why not sign up for a subscription to the magazine? In addition to this quarterly supplement, you’ll also receive a copy of Hydrocarbon Engineering – the leading publication for the downstream oil and gas industry – each month. More details can be found on p. 52.